Beyond COP 26: a cultural shift? 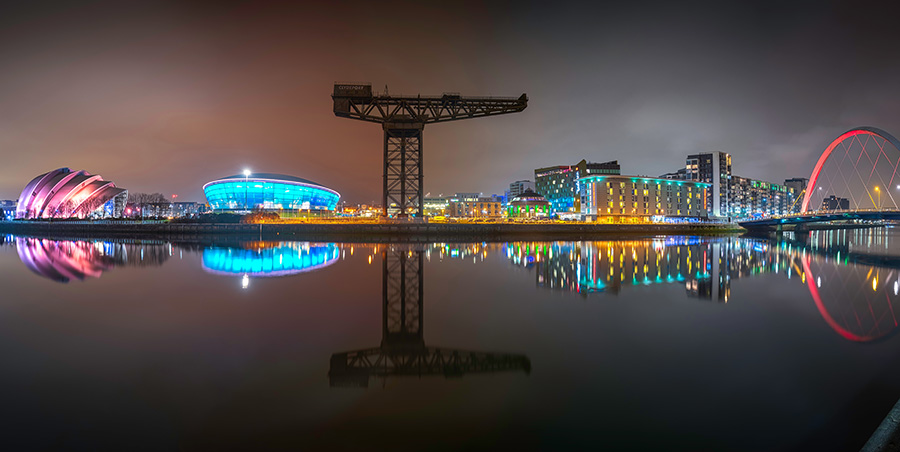 The EICS Digital Programme will present bimonthly online panel events, hosted with each of our partners, exploring specific questions on sustainability and education, all in the run up to the 2022 Summit.

Beyond COP26: a cultural shift? considers the outcomes following November’s conference in Glasgow and its implications for the cultural sector. Our panellists explore what is required to be both responsive, whilst leading a cultural shift as the industry adapts.

The panel will be chaired by the Cabinet Secretary for the Constitution, External Affairs and Culture, Rt Hon Angus Robertson, MSP. The Cabinet Secretary will be joined by Professor Carly McLachlan, who is the Director of Tyndall Manchester, and leads an interdisciplinary team working on policy relevant research on climate change. The second panellist is Creative Director of environmental arts and social action charity, Aproxima Arts, Angus Farquhar. Rounding out our panel is writer and medical student, Rumaisa Zubairi.

A recording is now available to view embedded below. Or you can visit the Culture Summit Hub to see all our past digital events.

Angus Robertson MSP was appointed as the Cabinet Secretary for the Constitution, External Affairs and Culture in May 2021. Born in 1969, he joined the SNP in 1984. After a distinguished career in international journalism, Angus worked in the Scottish Parliament as an expert advisor before being elected to the House of Commons in June 2001 where he served for 16 years. He was a member of the European Scrutiny Committee 2001-2010, and served as the SNP spokesman on defence and international relations. In May 2007, he became SNP leader in the House of Commons. He was elected to the Scottish Parliament in May 2021 to represent Edinburgh Central.

Professor Carly McLachlan is the Director of Tyndall Manchester – an interdisciplinary team working on policy relevant research on climate change based within the School of Engineering at the University of Manchester. Carly is also Associate Director of the ESRC Centre for Climate Change and Social Transformation. Her research interests focus on how stakeholders, including publics, engage with energy and sustainability issues and how ‘evidence’ is used within this. Carly’s current research is primarily focused on how cities can drive climate action. She has recently been part of the team that produced a Super-Low Carbon Roadmap for the live music sector, working with the band Massive Attack.

Angus Farquhar is a renowned Scottish artist whose practice over three decades spans performance, environmental installation, often set in remote locations and music production both playing and composition, alongside creating arts-led capital projects and book production. He is an honorary fellow at Glasgow University and is creative director of the environmental arts and social action charity, Aproxima Arts.

Rumaisa Zubairi is a writer and medical student at Glasgow University. She enjoys writing poetry and won the 2019 Poems for Doctors online slam and has been published in NHS poetry anthology, These are the Hands. She was also commended in the top 100 of 10000 entries to the 2016 Foyle Young Poets competition. Rumaisa recently started an internship as part of the John Smith Centre’s Young Minority Ethnic Emerging Leaders programme at NatureScot, Scotland’s nature agency, and is a member of this year’s 2050 Climate Group’s Young Leaders Development Programme cohort.