Beyond COP26: A Cultural Transformation 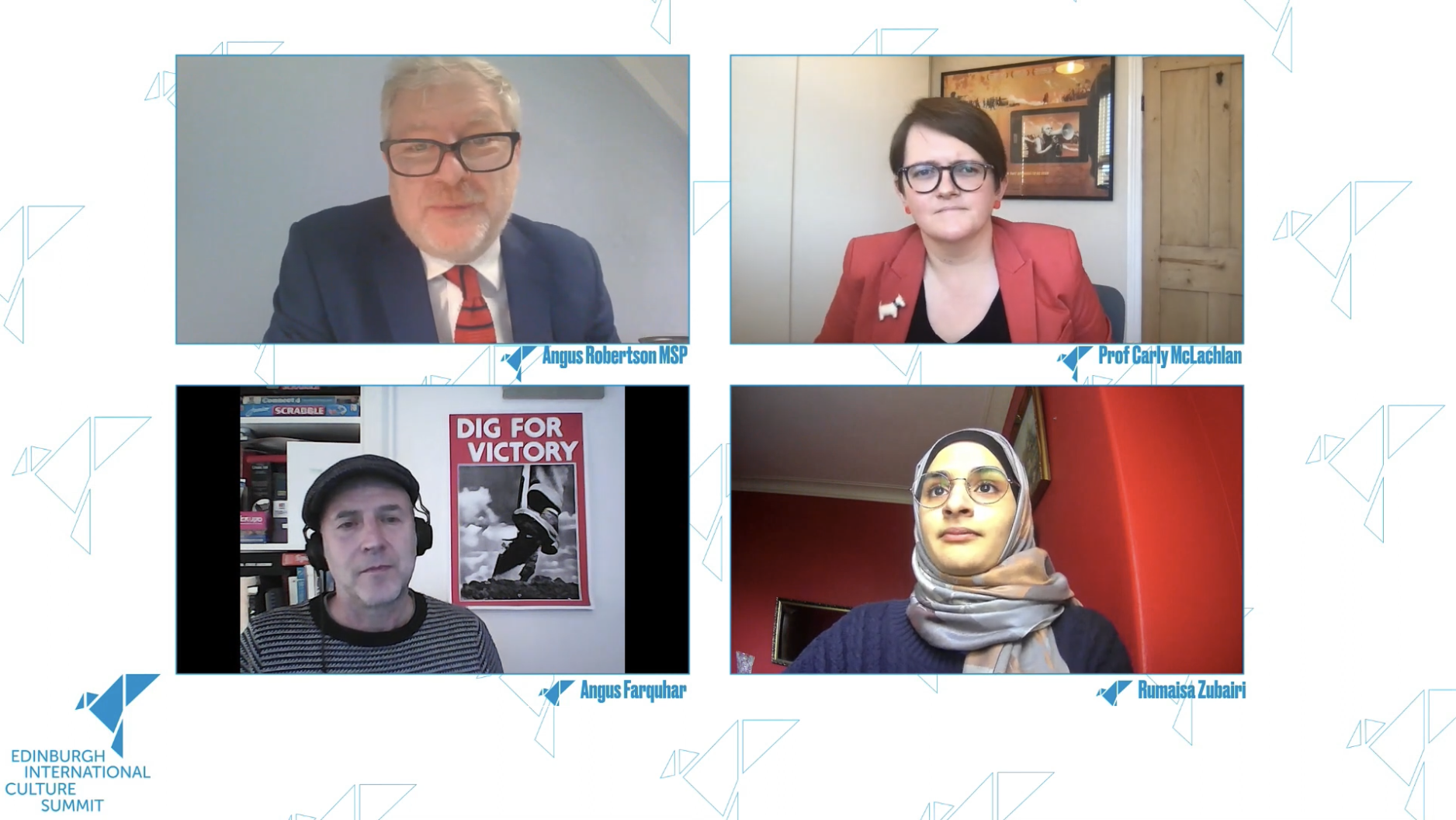 As a species, we have experienced our planet during a geological epoch known scientifically as the Holocene. The Holocene was a climactic utopia characterised by stability. It was our world in harmony, with balance achieved through organic and interdependent growth, it was immense expanses of liveable surface and such a vast store of natural resources that human civilisation found itself able to grow and thrive. However, as vast as our resources were, they were always finite. Practices such as deforestation and the burning of fossil fuels always had their end points; and, fundamentally, anything with an end point is unsustainable by nature.

With COP26 fresh in our minds, we closed last year by saying that a cultural shift is deeply and urgently necessary, and that this cultural shift is now largely led by the term sustainability. The third panel of our digital programme, presented in partnership with the Scottish Government and chaired by the Cabinet Secretary for External Affairs and Culture, Angus Robertson, MSP, brought together Professor Carly McLachlan, the director of Tyndall Manchester, a climate change research and policy advisory centre, Angus Farquhar, an artist and activist with a long history of urban regeneration and community engagement, currently directing a nation-wide project called Dandelion Scotland, and poet Rumaisa Zubairi, the author and performer of Cyclosphere – together forming a panel that reflect a range of ways in which culture can engage with climate action and drive the cultural shift.

Creative activist, Rumaisa Zubairi, told us that, “creatives hold the keys to cultural transformation. The stories we tell have the power to shape, not just the conversations we have in our home, but wider cultural ideas.” We are seeing this more and more, and not just from artists – producers and broadcasters such as Netflix are beginning to consciously commit themselves to creating content with an ecological bias in the obvious hopes of changing entrenched thinking about climate change, and dragging the conversation out from the fringes to where it needs to be – fully into the limelight. For Rumaisa, the cultural shift means “putting ethics at the heart of what we do and not just greening as an afterthought.”

Rumaisa’s sentiments were echoed by Professor McLachlan, who has always insisted that whether we are talking from the perspective of an organiser, a producer, or a performer, sustainability needs to be “baked in” to every decision and considered right from the inception of every project, even when other partners and stakeholders are involved. This holistic approach to sustainable practice also requires caution and honesty; chiefly the caution to prioritise lowering emissions over the more uncertain practice of offsetting them, and the honesty to monitor and report the impact of practice.

For Professor McLachlan, the role of artists is not just to talk about climate, but also to demonstrate good environmental practice in full public view. She has recently worked alongside iconic electronica artists Massive Attack, who approached the Tyndall Centre initially to discuss how they could reduce their own emissions. This partnership went one step further yet, working together to establish a road map for the music industry at large to achieve sustainable practice for live performance and touring. Through acts such as this voluntary assumption of responsibility, creatives and cultural institutions can “gain the credibility” to call upon others to transform their own thinking and behaviour, while simultaneously “demonstrating how it is possible to keep doing the things we love in a sustainable way.”

Our third panellist, Angus Farquhar, suggested that younger generations are a key means of engendering this cultural shift, claiming that established artists, arts institutions, politicians, and funders all share a moral responsibility to support emerging practitioners and to create the conditions for new ideas and values to flourish. To achieve this, he urged the cultural world to sidestep the understandable compulsion for over-politeness, and to begin talking “truth to power.” This honest dialogue will require a willingness from both sides to give and receive criticism, and work towards shared goals. Angus closed our conversation with a mantra for the cultural sector, “think big and be brave.”

Our chair, the Cabinet Secretary for the Constitution, External Affairs and Culture, Angus Robertson, MSP, agreed with our panel that culture has a key role to play in facilitating this cultural shift. He highlighted several arms-length ways in which the Scottish Government are already backing and funding cultural engagement through organisations such as Creative Scotland and Creative Carbon Scotland, who responded to COP26 by producing their fantastic Climate Needs Culture video, and their Climate Beacons project. The National Theatre of Scotland is also committing to their own green plan, and presented creative works such as Storm, a gigantic puppet and public-engagement project built as part of a creative programme during COP26, to promote the conservation and appreciation of Scotland’s coastlines and waters.

Politicians cannot be expected to enact every necessary change on their own. Our Chair welcomed the idea of collaboration with the cultural sector, stating that, “a key ambition of our culture strategy for Scotland is for heritage and culture to help transform public thinking on tackling the climate emergency.”

Achieving a sustainable society will not be quick, and it will it be easy. However, it is a necessary transformation if we wish to avoid catastrophic consequences in the future. For today, we will leave you with this final thought from our panellist Rumaisa Zubairi: “The climate conversation may seem cold and inaccessible, technical and scientific, and yet each of us knows its personal – and you don’t need a degree in environmental science to care about people”

If you missed our event and would like to watch the full recording it is now available, alongside our previous panel discussions, on the Culture Summit Hub.