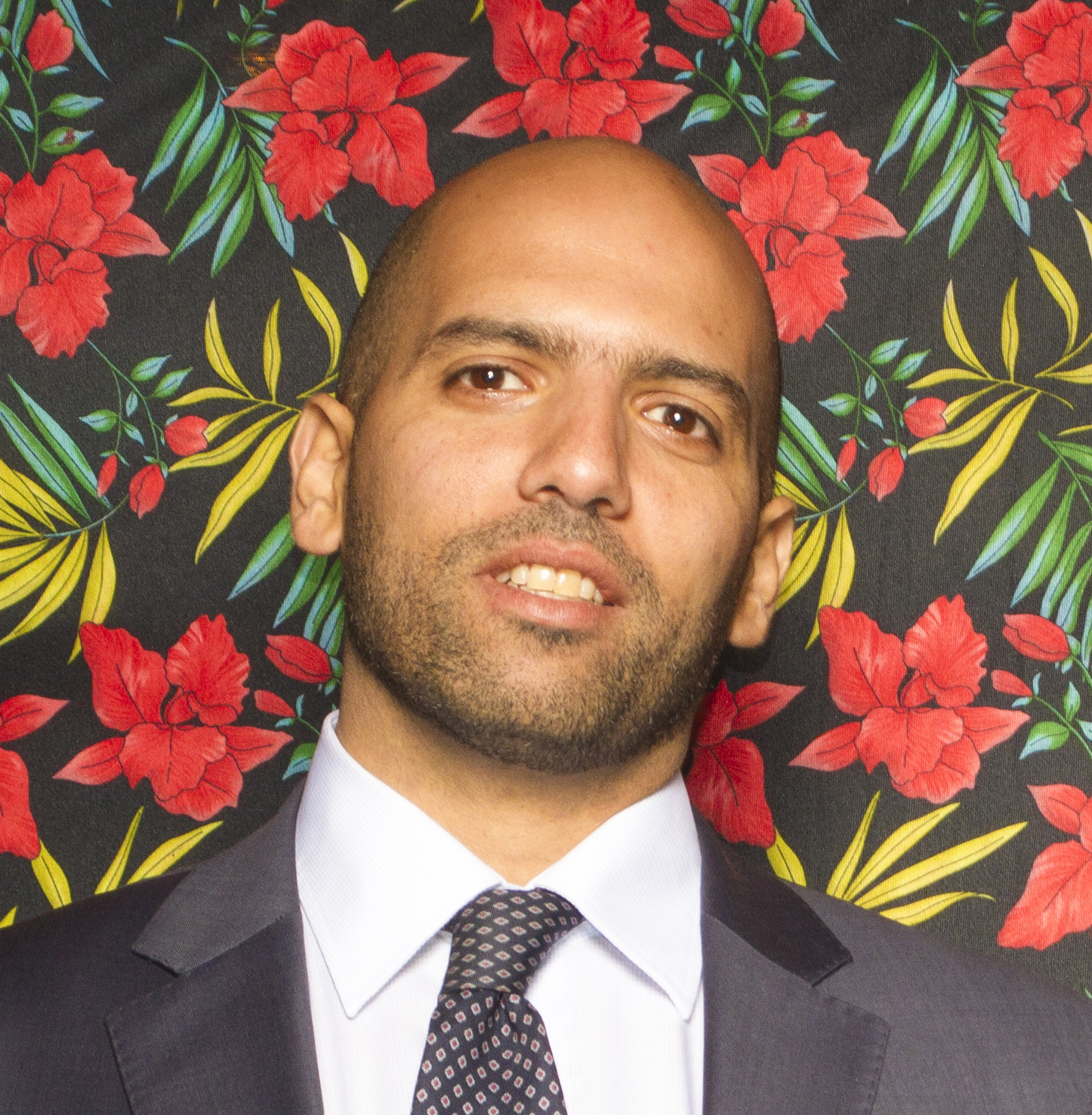 Mina Girgis is the founder of the Nile Project, an international non-profit that promotes the sustainability of the Nile River by curating innovative collaborations among musicians, university students and professionals. Ahead of his keynote presentation at the Edinburgh International Culture Summit, we caught up to find out more about the Nile Project and its work.

During your talk on June 5, 2019 at UC Berkeley, you mention that despite growing up in Egypt, your knowledge of the Nile was limited. What prompted you to learn more about the Nile and the issues that developed around its basin?

As an ethnomusicologist, I am always following my ears around the world. And my curiosity about the Nile was not any different: it began with my interest in Ethiopian music. In August 2011, I had just returned to the Bay Area after spending the summer (following the Arab spring) in Tahrir Square. As soon as I landed, I went to see some friends performing Ethiopian music. And a light bulb went off between my ears: why can I hear live Ethiopian music in San Francisco and I can’t hear it in Cairo, which is so much closer to Ethiopia?

This was right around the time Ethiopia had announced that it’s moving forward with its Grand Renaissance Dam plans without coming to an agreement with Egypt and Sudan. So I felt that Egyptians and Ethiopians need to have a conversation and that they would actually benefit tremendously from breaking through this cultural isolation. That’s how the Nile Project started.

The Nile is a fundamental source of water for the ten countries it crosses and yet not all of them have been involved in creating the laws that regulate it. How can music raise awareness about this issue and encourage dialogue?

Music is a great way to engage audiences from the 11 Nile countries to become more curious about their river and their river neighbors. Our audiences leave our concerts with more questions than answers. So music builds exposure, but without the education and dialogue programs that follow, it becomes a missed opportunity. That’s why we have a substantial education program that builds on the concert experience by giving our audience the opportunity to learn more about the Nile Basin’s geography, history, and environmental sustainability.

The demand for water is directly proportional to the rise in population. What does this mean for the future of the Nile countries and what solutions can be implemented to avert or minimise such a crisis?

The Nile basin is shared by some of the fastest growing populations and some of the poorest nations in the world. While some of these countries have other sources of freshwater (other rivers), others don’t. The disparities in these riparians’ water and economic resources are extreme, which can be both a challenge and an opportunity. It is a coordination and cooperation challenge because it will take effort to find mutually beneficial arrangements that serve everyone’s needs. It is also an opportunity for engaging creatives, entrepreneurs, civil society and the private sector to come up with new solutions that take stock of the Nile countries’ water – energy – food nexus. These include virtual water solutions, international trade, and new energy generation models that have less impact on the environment than mega dams.

In the aforementioned talk you mentioned that the music industry was developed in the global north to serve their needs best. How have African countries been affected by this, and what can be done to remediate?

World Music as a category was invented by European and North American producers to serve their commercial and marketing needs. That’s why the World Music industry has long suffered from an inherently eurocentric value system, just like western classical music. Even though most of World Music’s content originates from the global south, it has traditionally been packaged to be consumed in record stores, venues and festivals in the global north. This has obviously changed drastically in the past decade but we’re still dealing with these dynamics if you look around.

So while African music represents a significant share of the World Music market, it’s primarily a source of raw materials. And African audiences don’t enjoy the same level of access to these exported sounds in their countries as Europeans and North Americans do. There are far more bands from Africa traveling to Europe to perform than there are traveling to other African countries. That’s not because Africans are less interested in the music of their neighbors. It’s because Africa lacks the resources and the touring infrastructure needed to make this possible. But that’s slowly changing with online exposure and initiatives that facilitate artists’ travel across the continent.

Language and music are inextricable. Music carries language as much as language carries music. So when we collaborate across our various musical systems and languages, we discover all sorts of shared values as well as a new vocabulary of ideas that we exchange.

Music won’t solve all Nile problems. But it is one of the best tools we have to trigger cultural and environmental curiosity, to learn about other cultures, to model citizen dialogues and collaborations, to find creative win-win solutions, and to ultimately inspire people to act.

Music can also show us how much we have in common, to get us excited about the rich diversity of sounds and languages that exist on our river, and to take a moment to empathize with our neighbors who, like us, consider the Nile to be one of their most important cultural resources.

Climate change is a pressing issue. How has it affected the Nile and your work at the Nile Project?

Climate change exacerbates transboundary water conflicts. In some cases, basins experience more floods, in some others more droughts. Seeing the Nile is the longest river in the world and connects diverse ecosystems with their own climates, the impact of climate change across the basin is too complex to summarize here.

But it certainly complicates the environmental conditions of each of the Nile riparian states, and in return, the mechanisms they need to put in place to ensure their cooperation is mutually beneficial. In the Nile Project, we don’t only bring together musicians to collaborate on combining their musical styles and languages. We also bring together researchers and university professors working to collaborate on research to address our environmental challenges in the basin. And one of the most important issues we examine is the impact of climate change on the Nile.

Find out more about the Nile Project here

Mina Girgis will speak at the Edinburgh International Culture Summit on Sunday 27th August, as part of a programme dedicated to the topic of Culture & Sustainability.  You can watch live via Scottish Parliament TV from 10am.

Pawprint and the Power of Sustainable Practice

Today, on Independence Day of Ukraine 2022, we are delighted to announce the third and final strand of this year’s Edinburgh International Culture Summit, Culture & Freedom. Summit 2022 coincides with…

View All Stories
We use cookies on our website to give you the most relevant experience by remembering your preferences and repeat visits. By clicking “Accept All”, you consent to the use of ALL the cookies. However, you may visit "Cookie Settings" to provide a controlled consent.
Cookie SettingsAccept All
Manage consent

This website uses cookies to improve your experience while you navigate through the website. Out of these, the cookies that are categorized as necessary are stored on your browser as they are essential for the working of basic functionalities of the website. We also use third-party cookies that help us analyze and understand how you use this website. These cookies will be stored in your browser only with your consent. You also have the option to opt-out of these cookies. But opting out of some of these cookies may affect your browsing experience.
Necessary Always Enabled
Necessary cookies are essential for the website to function properly. This category only includes cookies that ensures basic functionalities and security features of the website. These cookies do not store any personal information.
Non-necessary
Any cookies that may not be particularly necessary for the website to function, used to collect user personal data via analytics, ads, other embedded contents are termed as non-necessary cookies. It is mandatory to procure user consent prior to running these cookies on your website.
SAVE & ACCEPT