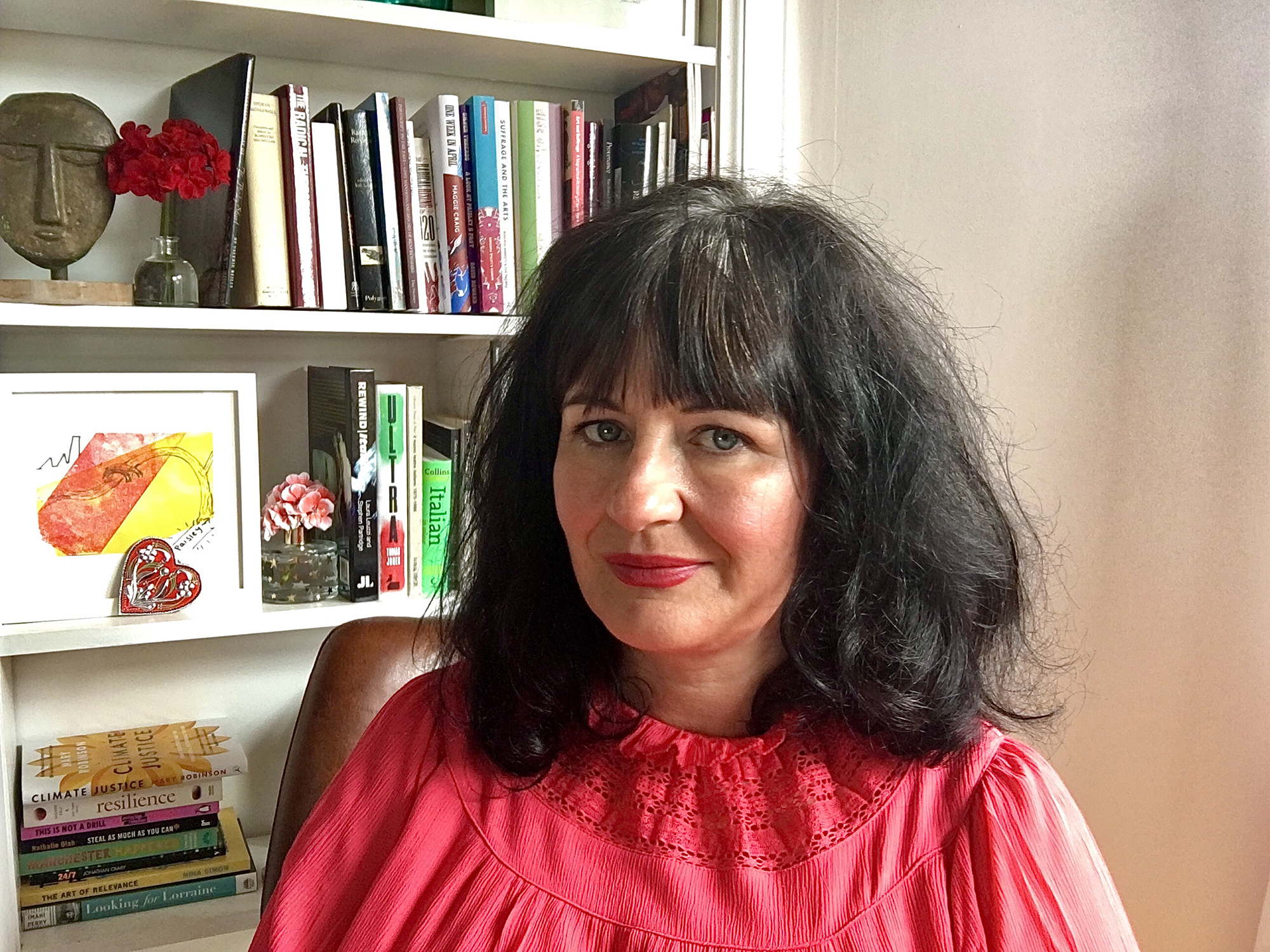 Jean Cameron is an internationally respected cultural leader, producer and facilitator based in Glasgow. She is a Board Member of National Theatre of Scotland and a member of the Culture for Climate Scotland Working Group and served as President of Paisley Art Institute 2018-2020. As Project Director for Paisley 2021, she led her hometown’s bid in the UK City of Culture competition.

Jean was Creative Director for the British Council UK-Italy 2020 season – the first ever digitally led British Council Season of Culture and, in 2021, delivered two bilateral cultural relations projects as a freelance consultant to – centred on care and sustainability. In June this year, she co designed and delivered an online event with the Scottish Climate Citizens Assembly attended by 100 participants from the cultural sector.

She has helped shape the Scottish cultural calendar through her work with the likes of Glasgow International Festival of Visual Art, the Glasgow 2014 Commonwealth Games Cultural Programme and as Producer for Scotland’s presentation at the Venice Biennale 2005 and the returning exhibition at the Scottish National Gallery of Modern Art.

Major projects also include Processions 2018, one of the largest mass participation artworks ever, commemorating 100 Years of Votes for Women in the UK for which she was joint National Coordinator (Scotland) and the Indigenous Contemporary Scene, a partnership with ONISHKA Productions in Québec which resulted in a programme of events featuring Indigenous artists from Canada across the Edinburgh Festivals 2019.

Jean has also been invited as guest curator by Scottish Poetry Library to produce Spioran An Aite / Spirit of Place featuring Gaelic and Irish speaking poets to mark the St Columba 1500 anniversary.

We also welcome two further new team members:
Claire Pace Monreal has joined the Edinburgh International Culture Summit as Executive Administrator and PA to the Director. Following her postgraduate studies in Arts, Festivals and Cultural Management, Claire worked within the realm of international corporate events in Edinburgh before embarking on a career within the creative industry. In her role she will be undertaking administrative responsibilities to assist both the Director and the team at large.

Kate Cattell joins as Project Manager for the AUS / UK Season of Cultural Leadership Dialogues. Kate has previously worked in logistical and planning roles in a number of arts organisations such as General Manager at Upswing circus company and the intergenerational arts charity Magic Me and as Senior Production Coordinator at National Theatre of Scotland. She has recently returned to Scotland and is excited to be working on the UK Australian element of the 2022 Cultural Summit.