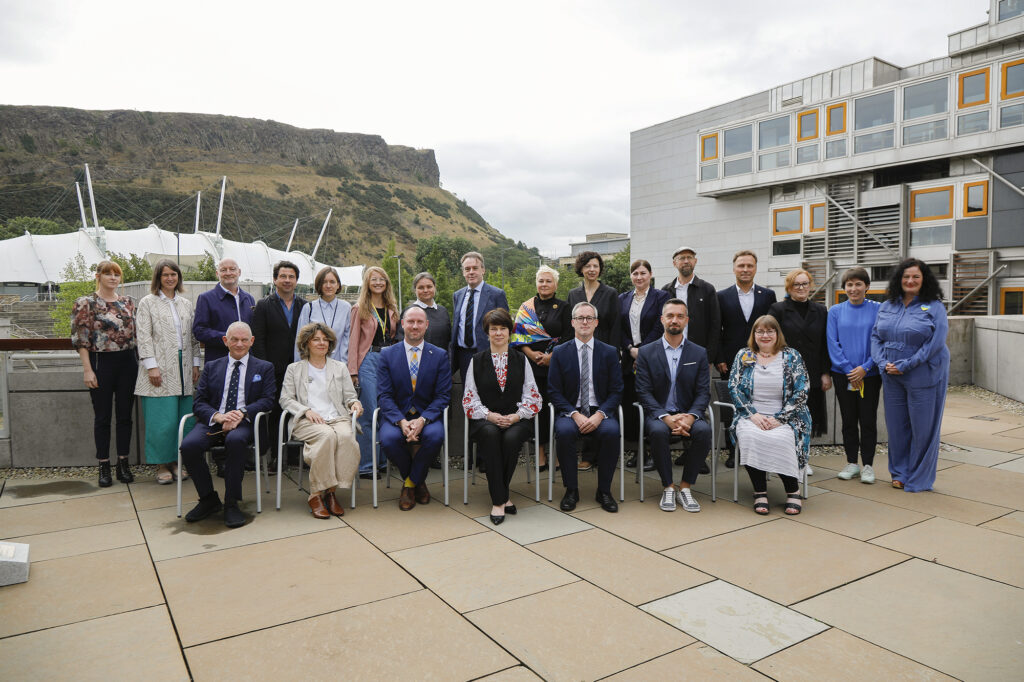 Political and cultural leaders from across the UK interested in strengthening Ukraine’s international standing and ready to support Ukrainian cultural colleagues and institutions affected by the war came together at this year’s Edinburgh International Culture Summit in a Cultural Leadership Dialogue co-hosted with the Ukrainian Institute. Today, together with the Ukrainian Institute, we are pleased to release a report which shares the testimonies and proactive ideas at the heart of those discussions.

Sponsored by Clare Adamson MSP and supported by the British Council as part of the UK/Ukraine Season of Culture, the Cultural Leadership Dialogue brought together many British and international political and cultural organisations including Creative Scotland, Edinburgh International Festival, Glasgow School of Art, High Commission of Canada, London, Korean Cultural Centre, London, Manchester International Festival, National Endowment for the Arts, USA, National Galleries of Scotland, Scottish Chamber Orchestra, The Victoria & Albert Museum, and The Welsh Government, with the delegation of representatives from the Ukrainian cultural sector.

The Ukrainian representatives suggested that the long-term survival of a free and culturally diverse Ukraine depends greatly on the willingness of the international community to amplify Ukrainian voices, increase visibility and awareness of Ukrainian culture, and to build capacity within Ukraine by forging resilient and proactive partnerships between governments, cultural agencies, and individuals.

Three strands focused respectively on People and ways to sustain and develop individual professional cultural careers disrupted by the invasion; Places and ways of repairing and enhancing Ukraine’s cultural infrastructure; and Partnerships at domestic and international levels. These discussions aimed to find practical and actionable ways to support the Ukrainian cultural sector, raising awareness about Ukrainian culture and ensuring it is at the forefront of international cultural events.

Ideas of how the international community can support Ukrainian culture include: