Sustainable Theatre? and touring without travelling 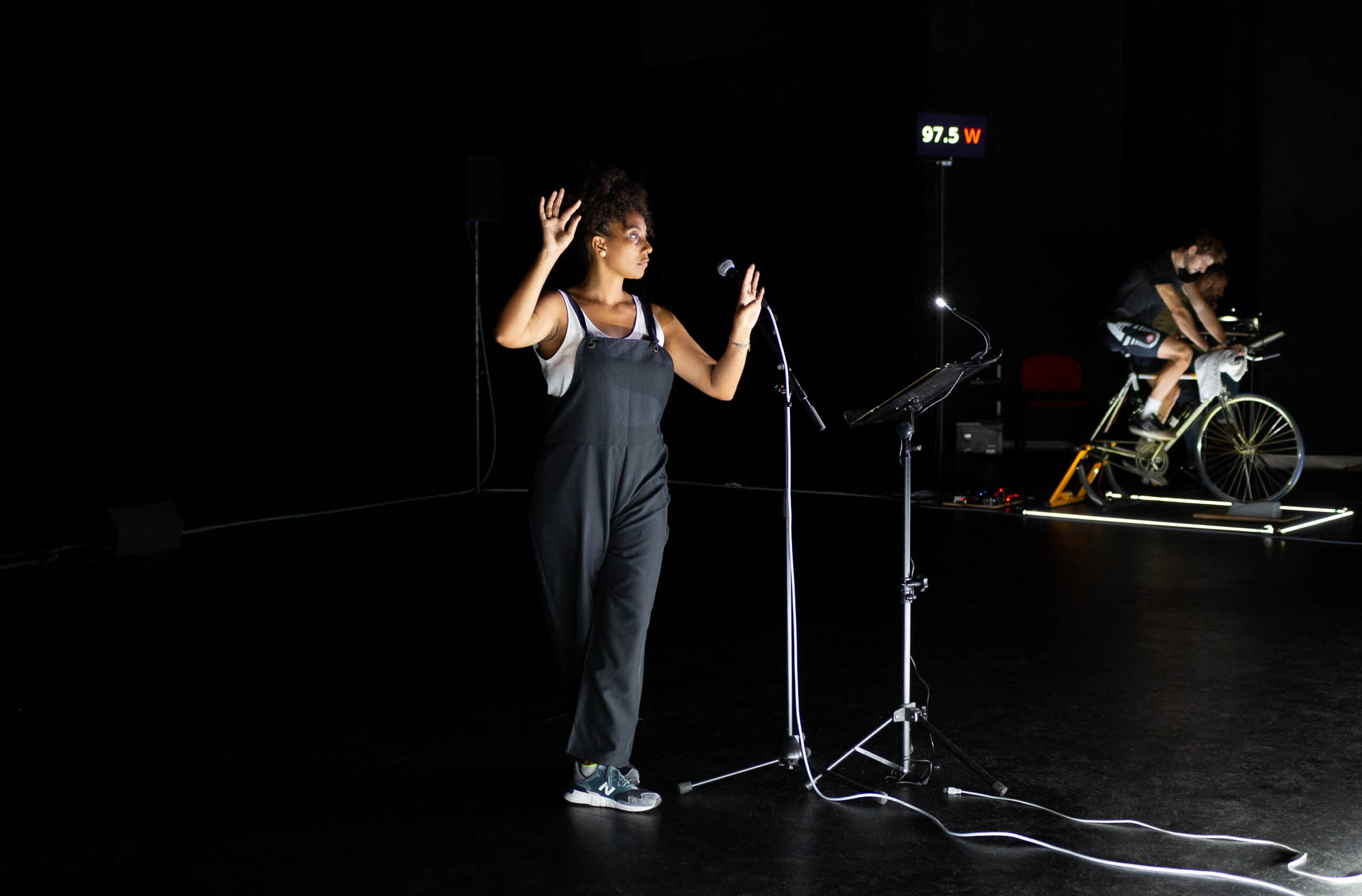 In cities across Europe and the USA, actors took to the stages of local theatres and participated within one singular production. They performed under simultaneous dual direction, both from their local director and from a remote production director, who offered more instructions about energy usage and bulb wattage than on the actor’s movements or line delivery.

The production, titled A Play for the Living in a Time of Extinction, was the first instalment of Sustainable Theatre?, a radically-imagined project seeking to establish environmentally sustainable practices in the art form – up to and including the elimination of a travel within a transnational tour. Acclaimed creative director Katie Mitchell OBE has reduced Sustainable Theatre? productions to a script that will be staged under her absent guidance. She thinks of the decision not so much as an innovation, or as some grand proselytising artistic statement, but as a necessary assumption of responsibility if theatre is to both preach and practice environmental sustainability.

To some that is quite a big ‘if.’ However, Mitchell is among those who believe that all artists living within the anthropocene are obligated to lend their voices to the discourse surrounding the climate emergency. “The facts are there,” she has said, “but it is your relationship with the facts that needs looking at. I chose to have a believing relationship to the facts.”

Choosing to dedicate her theatrical output to this conversation was then the easy part. The real challenge has been discovering what exactly theatre can say about the environment, and how it can say those things effectively.

Immediately ruled out were dystopian depictions of a ruined future. These stories felt too much like fiction – which is too easily dismissed as the imaginings of an author by the audience. In their place came something starkly contrasting – lectures from scientists which were staged and presented in theatres. Reviews of these productions were mixed, with even some who supported the intention finding the format dramatically unappealing and the tone remorseless and bleak.

Another solution has been to restage the familiar. Samuel Beckett’s play about denial, Happy Days, was repurposed quite organically when the apocalypse-ignoring protagonist who traditionally spends the performance encased in earth was placed instead in water. In one of Mitchell’s upcoming productions, Anton Chekov will be used as a means of depicting a planetary drama, taken away from a purely anthropocentric lens. His play, The Cherry Orchard, will be performed backwards in a brief flurry of destructive human drama as experienced by the trees who will then remain onstage to retrospectively experience geological ages, depicting the real slowness of time.

These are bold creative choices that will not please everyone. However, from the Greek world to the twentieth century, theatre has remained a deeply existentialist medium. For audiences today, our collective worldview, behavioural patterns, and expectations have already been disrupted by the prolonged restrictions of Covid-19 pandemic and returning to life as we once knew it is, at best, a false option. This is the right moment for brave and creative minds to create new stories and adapt existing ones to both reflect and manage our new reality as it begins to unfold around us.

Katie Mitchell OBE joins Edinburgh International Culture Summit’s next digital event Narratives for Change – the power of culture to engage us with the climate emergency, Friday 22 October 2021 at 1500 BST. The event is free, sign up now.

Top image: A Play for the Living in a Time of Extinction, Sustainable Theatre? / photo Claudia Ndebele